So what exactly is InsurTech? Over the last few months, I’ve been publishing weekly about how Breathe Lifeand InsurTech startups in general, are bringing the life insurance industry into the 21st Century. And just over two weeks ago we announced that Breathe Life has raised a $4.5 Million to bring financial security to millions. This week, I thought it would be fitting to take a step back and examine what exactly InsurTech is as it’s a relatively new space.

The insurance industry has been around for centuries and has remained largely unchanged until recently. Institutions have taken it upon themselves to launch more sophisticated products and worked towards building technology into how they function, however, this hasn’t helped with their distribution. We have been seeing outside technology companies, known as FinTechs, making important strides in the financial sector and it was only a matter of time before this same change occurred in the insurance industry. This relatively new space came about because the insurance industry hasn’t really focused on adopting modern technology, but they’re ready for it now, making it ripe for disruption.

InsurTech is all about leveraging technology and innovations to modernize the insurance industry. It seeks to disrupt the incumbent norms and processes of a sector that functions in largely impractical ways. These new companies are poised to have a massive impact because they function with significantly less overhead than the existing institutions and they don’t need to overcome the heavy burdens and red tape that come with large organizational decision making.

Early in InsurTech’s history, startups were being launched with the goal of disrupting the entire insurance value chain. They rethought both how insurance was marketed and sold to consumers and the user experience post-sale. Today’s customer has high expectations of instant digital transactions followed by a seamless issuing and management process, they have been looking at these new startups as a breath of fresh air in an industry that has previously resisted change.

«What the D2C startups missed is that insurance companies are insanely good at what they do, insuring people and earning their trust decade after decade.»

The best way to revolutionize this industry is to partner directly with the incumbents to help them to what they do, just faster and even better. We’re now seeing over 60% of startups in the space focused on providing services to insurers. They are designing digital platforms, products, and systems that are improving specific and sometimes hyper-specific parts of the insurance value chain.

These InsurTech companies are exploring ways that large firms have been less willing or able to exploit and helping them put it into action. Think about leveraging Internet-enabled devices to help price policies, or finding ways to eliminate the massive amounts of paperwork required or implementing additional security and privacy measures to transactions. Embracing the tech revolution that has successfully swept through other financial services such as mobile banking, money transfers, and crowdfunding, the industry has opened up to partnering with companies offering technologies that are really changing the competitive landscape.

The risk of ignoring the InsurTech wave is real, incumbents must instead choose to ride it. Those who are quick to embrace change will be the ones who dominate in the decades to come. They will be able to better reach the next generation of consumers while reducing costs and increasing revenues.

With investment into the InsurTech sector piling in and regulatory barriers being rethought to reflect a modernized need, the wave of change is picking up pace. We’re seeing the marketing, product development, and pricing & claims divisions all beginning to leverage technology. Property and casualty insurance led the charge at the beginning of the InsurTech boom. They were the first to embrace it because their revenue and contract lifecycles are so short that the only way to get the edge up on the competition was to innovate. We are now seeing the more complicated products such as Health and Life following not too far behind.

None of this would have been possible, or at least possible at the rate that it’s happening, without the intervention of InsurTech companies. The insurance space only has one way to go — towards being an industry that leverages technology and innovation in every part of its value chain. 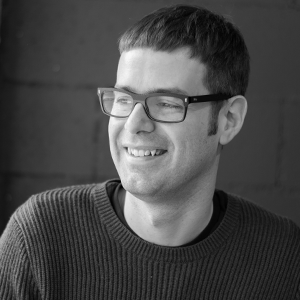 Cloud-Native: Why Cloud Technology is taking over the Life Insurance Industry

It seems like everybody in the insurance world is talking about the cloud. As insurers are undergoing digital transformation, the cloud is becoming a necessity. How Emerging Technologies are Changing the Insurance Mindset

3Qs with Carlos Benfeito, our Chief Technology Officer, on his first six months at Breathe Life and how he sees the impact of emerging technologies